A Guerre or Ubi mask

A Guerre or Ubi mask, an ethnic group close to the Bethe, region Sansandera, village San Pedro, Ivory Coast close to Liberia, the open mouth with its metal-teeth and the three noses and four bulging eyes underline the enormous power of this dangerous war-mask, rows of colourfull pearls and raffia stings are attached on the bottom part of the mask, beneath the nose in the middle is fixed a horizontal beard of animal hair; white, reddish and grey pigents all over the mask, these Ubi masks are much rarer than the well known Guerre or We masks from the the neighboring tribes. 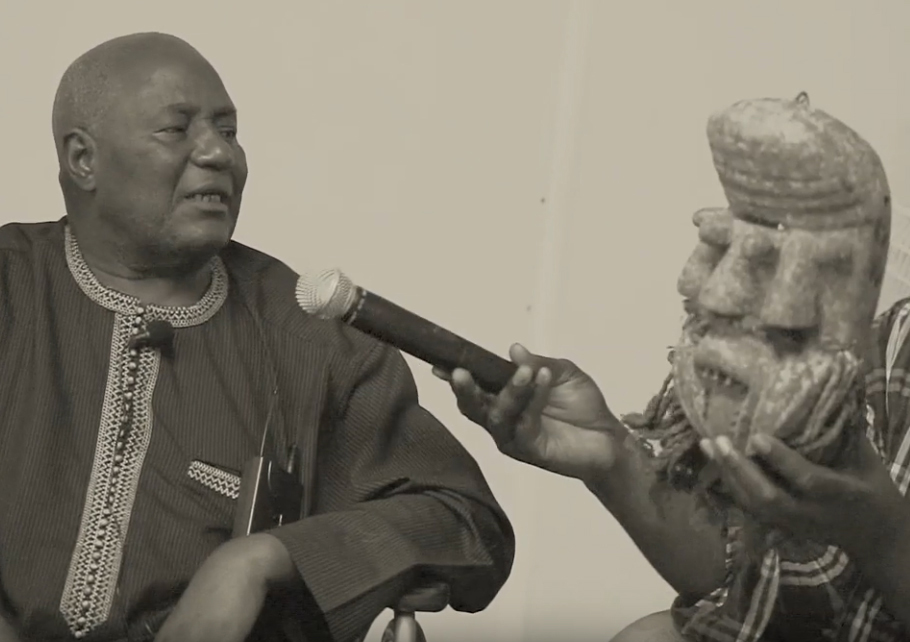 Provenance Amadou Bouaflé, during his performance 30.12.2019 in his house Abidjan, Ivory Coast.

However: Verger-Fèvre (2005: 113) identifies this type of mask as originating with the Ubi, a We-related group living south of Taï in Ivory Coast.  She notes (ibid.) that these “unusual war masks […] resemble the legs of the tarantula, known for its lethal venom.  The destructive forces of this creature are communicated to the mask, rendering it invincible.”